Part One- Raising a Daughter with a Disability 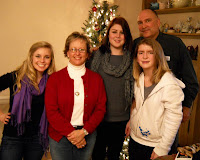 Lucy. When I think of Lucy, I remember lots of giggly late nights in a tent.


Our lives only crossed paths for 3 months, but it was a fun three months! We shared humor in the midst of long hours of missions work, foreign cities and tent life.


Lucy and I both went to Oral Roberts University back in the 80’s and spent an entire summer together in Amsterdam, Holland. What’s amazing is that several of those weeks were spent in a giant tent with lots of other girls, in bunk beds. In a campground. We had to walk to the bathrooms and showers in the darkness of night many times. Such funny times we had. Lucy is one of those reasons I’m thankful for Facebook. After losing touch for the majority of adult life so far, we recently found each other and have rekindled an old friendship.
When this blog began, she mentioned being interested in writing a special blog just for moms who are raising kids with disabilities. I am thrilled and thankful that she offered to write about her specialty and her experiences. She’s a gem. So is her family. She and her husband Charles have- Lorrin (22), Anastasia (19) and Hartley (13).


Here is Part One of her story.

"Life is a Journey – Raising a Child with Disabilities"

Let me begin by tell you that I believe strongly that we all have a reason for being, that we are all on a journey, but at different points on a map. The most recent jaunt of my journey involved conquering many mountains and trudging through many valleys. It all began in March of 1998, when my daughter Hartley was born, a seemingly healthy baby girl. It all seemed so perfect with the newest addition to our family.


We approached the first mountain when Hartley was just two months old and she faced her first of many hospitalizations. The cute sounding purr of her delicate breathing turned into a rasping struggle to force air into her lungs. We took her to our pediatrician several times and her condition worsened. At her most critical point, he took the painstaking time to listen to her breathe for three hours trying desperately to find an answer. Exasperated, he felt she needed immediate medical attention and rushed her via neonatal ambulance to the nearest hospital 45 minutes away.


That was the longest ride of my life as I thought of the worst case scenarios running through my mind, like a slow motion movie. What if it’s a tumor? What if she won’t make it? Did I cause this? What have I done? What will I do? Will I be able to take care of her?


When we arrived at the hospital, we were met by a medical team asking numerous questions about my pregnancy, the delivery, and the first two months of Hartley’s life. They reviewed her records and ran more tests. They scheduled her for a bronchoscope the next day in hopes to find some answers. It was a relief to find out it was a simple diagnosis of bronchial and tracheal malaysia which was just a floppiness of her airway. Laser surgery was performed to tighten her floppy airway. I was in the hospital with her for eight long days, three of which were in ICU. “What a relief!” I thought.


On the eighth day, we were ready to leave after taking a required CPR course for infants and being trained on the apnea monitor to alert us of any other breathing difficulties she may have at home. We also had to wait for one more visit from the doctor before we headed home. When the doctor came by, she made a comment that her head appeared asymmetrical. I did not want to hear about one more thing that was wrong with my daughter. I dismissed it as the way her hair was growing. Though secretly, I had thought her head was large when she was born; but justified it with the idea that most babies have funny-shaped heads and they eventually “grow” into them. Once we were home, we breathed a sigh of relief thinking how close we came to losing our little love.


Then on a routine office visit at four months old, our pediatrician voiced a concern about the rapid growth of Hartley’s head. He always made a point to measure her head on our visits and he was able to show me what it looked like on a growth chart. I could then see his reason for concern. He referred us to a neurosurgeon and at five months old, she was diagnosed with congenital hydrocephalus and agenesis of the corpus callous, (or ACC as it is also called). The hydrocephalus could be treated, but the brain disorder was an unknown variable. The ACC means there is an absence of the millions of nerves that connect the two hemispheres of the brain that allow each side to communicate. Hartley has a split brain. There is no connection whatsoever. What would this mean for her? Would she be able to learn to speak? To walk?


This was a difficult time for the whole family. It was without a doubt a time in the valley. Many tears were shed and unanswerable questions asked. Surely there had to be someone to lead us through this difficult time and give us some answers and direction. Because of her medical issues and realizing that our daughter was not developing like other children her age, my husband called several agencies to find help. We found a group of professionals that gave us the help and support that we needed. They were so helpful! They gave us a wealth of information and set up a home visit where a nurse explained all their services. She also informed us about Early Intervention Services. It all sounded too good to be true. A Physical Therapist and an Early Interventionist began coming to our home one time a week to work with Hartley and we began to see how far behind she really was compared to her peers. I also came to the realization that my hopes and dreams for my daughter would have to change. I was now hoping that she would one day walk to me or be able to tell me that she loved me. I didn’t know what the future held for my precious daughter.


When she was eight months old, she began attending a Developmental Day School that was designed to use Early Intervention to help children with disabilities. I had no idea what this place was , although I drove by it every day on my way to work. We quickly began to see improvement in her development and within a year, we realized that Early Intervention seemed to be making a big difference in her young life. Although still lagging behind typically developing children her age, it appeared she was catching up. By 17 months, she was beginning to crawl, still about a year behind developmentally. Now at the age of establishing some basic vocabulary, she was only saying a few words. It was then that I realized her biggest delay was her speech and I began an active push for her to begin “signing” her words. Incredibly, she picked up in it very quickly and soon her number of “signed” words outnumbered her spoken words.


At 22 months, she began to walk. All areas in her development seemed to be progressing at an overwhelming rate. At 31 months, she was re-evaluated for her preschool screening. Amazingly, she did so well that she almost did not qualify for specialized services in preschool. Once again, I saw what a difference Early Intervention has made in her life.


As we prepared Hartley for entering preschool, most of her signing was dropped and her speech became clearer and took off at an astonishing rate. Within the first month of attending preschool in her first year, she dropped all of her signing and began total verbal communication. “Wow! Things are looking up!” I thought.


The first three years of Hartley’s life were difficult to say the least. Many challenges, much heartache, many tears, but God was there all the time. Sometimes He was walking with us; other times He carried us. Then, in 2007, just when I thought the worst was behind us and we were finally travelling light on a plateau, we encountered yet another obstacle: one huge mountain. She was diagnosed with Basal Cell Carcinoma Syndrome.


What did this mean? She doesn’t have the gene that protects her delicate skin from the sun, so she is constantly developing basal cell cancers all over her body. She has had more than 250 removed since her diagnosis. We use a topical medicine that is supposed to attack the cancerous cells and leave the good skin alone. Unfortunately, the basal cells are growing faster than we can keep up with the medicine. She has hundreds of them. We have to drive 3 hours from home to see a specialist for her treatment every 4-6 months. This isn’t a terminal disease, but one she will live with unless a cure is found.


She loves the outdoors, but can’t enjoy them now. She loves to go to the beach, but we have to go when the sun is going down. People tell me that I am a great mother and am dealing with all these adversities with grace and ease. What I really feel is such inadequacy. It’s Hartley who keeps me going.


Tomorrow we will pick up here and hear some specific thoughts of Lucy’s on what has brought her hope, as well as some thoughts and tips for moms who may be experiencing similar situations. Stay tuned.