There's been a flurry of activity around colleges all over the country this week as many get started in their new adventures. In our last post, some now-college-sophomores gave great advice to moms on how to be a mom, long distance, during that freshman year. Check out their insights if you missed it!

Today, there are also vast amounts of students starting their senior year of high school, with college aspirations close on the horizon. For those seniors, and the parents, today Imani shares her story about the difficult decision making process.....deciding where to attend college.

We first heard from Imani at the introduction of this blog in July 2011,  From the Heart of a Teen Girl.  Now, a year later, she has graduated and will be starting her college experience this month. 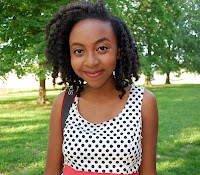 "When I began the college application process, I know only one thing: I was not going to get into any good colleges.

I had prepared myself for rejection. My GPA was only a 3.3, which was vastly lower than any of my friends who had collegiate aspirations. Even though I had extracurricular activities, they were things that I loved to do but not things I thought really mattered to colleges.

I began to apply to schools that I was sure would accept me. I wasn't sure how happy I'd be at any of these schools, or what their reputations were, I just wanted to be accepted into a college.

I began searching for schools whose target GPA was in my range,  who had a fairly strong English or Journalism program, and were also inexpensive. It was quite the feat. I ended up with the “basic 6” (2 safety schools, 2 target schools (in-state), and 2 reach schools). One of the Reach schools was my dream school.

When I received my first acceptance in January, I was sure that was where I was going. It was one of my safety schools, they gave me substantial amount of money and they had a journalism program. It was also about 6 hours away from home (which was a huge positive for me). I had told my parents that's where I wanted to go. I joined the "class of 2016" Facebook group and everything!

But then I began to research the school and found out that it had many administrative problems and had a huge party school reputation, so that school was officially “out.”

I had to look at my other options. I only had acceptance letters from the other safety school and from one of my target, in-state schools. I did not want to go to my in-state school, at all. That particular school is about 20 minutes away from me. A public bus would take me from my corner to campus, so I was not excited.

The other safety school ended up much like the first, it was under-funded and over populated, with very little academic emphasis. And gave me little to no money.

During this time of decision I kept receiving emails from the larger state school I had applied to saying that they were missing my transcript. Me, being me, just looked at the emails and ignored them. “If they can't keep up with my transcript then they don't deserve to have me at their school,” I thought. My father urged me to send them another copy, but I never did.

With all of that considered, I had resigned myself to the smaller, closer in-state school. I had yet to hear from my reach schools, but I was fairly certain that I was not going to get in.

Then a funny thing happened: everyone I knew was getting into their dream schools. It was crazy. Every other day I opened Facebook to find a status about someone getting into Ivy Leagues or  fantastic art schools (I went to an arts high school).  I honestly got a little jealous.

I started to hope that I would get into one of the reach schools that was my dream- it was my whole family's alma mater. I was born on their campus and I even wrote about how much I loved it in my application essay.

But then God showed up, and as you may know, God tends to laugh at some of our plans. I received an acceptance email from my bigger state school. It wasn't until I got in did I realize how much I wanted to go. It is about an hour away with a great journalism school. Even though they lost my transcript, they wanted me.

Though I'd changed my mind about three different times, I now knew this is where I wanted to go.

I planned trips to the area with my friends, we talked about joining sororities together, even rooming together. But just as I began to make plans, God began to laugh, quite a lot.

As I would go to church and pray about my college decision, God kept putting the closer, smaller, state school in my head.

He just silently nudged me in the right direction. During this time, I began to remember a moment I had during worship where God told me I was going to my dream school. Now, I'm a girl who believes in God, really I do, but I have this problem where God tells me things that are not naturally possible, and I just shoo Him away.

Then one of my parents' old friends summoned me, for lack of a better term. She went out of her way to get in contact with me. This woman had attended my dream school for college, and a conversation that began as a talk about what I wanted for graduation, turned into a commercial for going after your destiny, and keeping in line with what God wants for me.

After crying and reflecting, I thought about my past. Once before, God told me I'd get into my dream high school (an arts magnet school), but first I had to spend a year at a school where I was not very happy which made me appreciate my dream school (from which I just proudly graduated from). So just in case I needed substantial proof, there it was.

So here I am, stepping out on faith. This fall I will instead be attending my smaller, closer state school. I'll be staying at home so I can stay focused. Then next year, I'll apply to my dream school, trying again, with all my prayers and hard work to show for it.

In 5 Things Fashion, here are 5 things that I learned from the college process:


1. Listen to the people who believe in you. If it weren't for my father nudging me to apply to my smaller state school, or my parents' friend telling me all about her beliefs in following dreams, I'd never make this decision. Throughout this process you may not believe in yourself too much, so these people are crucial, and submerge yourself in their love and confidence. Maybe some will rub off on you.


2. Forget rejections. Seriously, open the letter, then begin to forget about the college for now. A friend of mine once told me this: “Think about colleges as people. If someone says they don't want to be your friend, do you cry about it? No! You just go 'I didn't want to be your friend anyway!' and you find a new friend.” She's totally right. No one should go where they are not wanted and that's not the end of the world. God will have great things in store for you. (It may just be timing!)


3. Trust God. This is an obvious one that applies to every area of your life, but the college application process is ridiculously tough to see God in. There will be times of doubt and frustration.  Remember Jeremiah 29:11, which I like to call The Collegiate Verse (because it should be posted somewhere during this stressful time), “ For I know the thoughts and plans that I have for you says the Lord, thoughts and plans for welfare and peace and not for evil, to give you hope in your final outcome.”


4. Make the decision yourself. The president of the college I'll be attending this year gave a speech at a Meet and Greet in which he told us that the more we make the decision on our own, the more our parents will trust us. While your parents may believe one thing for you, or may even expressly want something for you, they love you enough to let you make your own decision. Don't take this lightly. You have control over this situation and if you stay focused it'll turn out great.


5. "The college" doesn't matter.  This is a weird one, I know, but remember that you're attending college to better yourself. You're going so that you will become something great, and one day you will be making that college famous. So, even though your friend may believe that Yale is the only school worth attending, look within yourself, and decide what matters to you specifically. For your life.
Posted by Holly Tumpkin at 6:49 AM