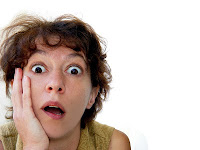 Earlier this fall, a very popular post was "Choosing a Good Husband", written after some college aged girls asked for relationship advice in choosing a man to marry. The girls who asked are at the stage of life where they are thinking about marriage, and want a marriage that will last.

So now, what about all the younger teens? Girls and guys who want to date, but aren't exactly ready for marriage? Then there's the topic of the younger tween years, where some form of dating is already occurring among many in early middle school.

What's a parent to do?

We as parents get confronted with this decision earlier than most of us would care to deal with it.  I remember being asked when my daughter was in 6th grade if she and a friend could go to the movies with 2 boys .Our reaction was, "How could we even be having this discussion in 6th grade?" Some allow this, some don't. For us it was a no, which I'll explain below.

Dating in middle school and dating in later years seem to usually mean two different things. In middle school it could mean a boy and girl like each other from afar, pass notes through friends, just text, ignore each other awkwardly in the hallway, or they may actually be going out to the movies together.

Even the college girls I spoke to this summer ended up confused with all the terms...talking, dating, official, Facebook official...as they tried to explain to me the current dating "process". The confusing part to me is the new "talking" phase, before dating. When it turns from talking to dating I'm still not sure. I really want to understand this though. (Would love clarifying comments if you feel like leaving them on this post!)

This I know, there can't be only one "right way to date", so I'm just going to offer some principles to consider, along with our personal thoughts since we've been asked. Upcoming blogs will offer the thoughts of many I've also been asking.  It's all food for thought, as you decide what's best for your family.

Boyfriends and dating feel so important to some middle schoolers. Some feel defined by whether or not they have a boyfriend. The first step is finding out what "dating" and "boyfriend" even mean at your kids school. Like I already said, it may mean actually going to the skating rink or movies with a boy, then again it may mean you stop talking and feel awkward around each other in the hallways (this is my preferred definition in 6th grade!)

Let's draw a line that represents 6th grade to the end of college. I'm starting in 6th grade because that's where I've seen forms of dating start. In 6th grade tweens are about 11 or 12 years old.

Instead of just saying a big fat NO to your tween, discuss the subject with them (even if it's still followed by a no.) Consider this- Sometimes girls actually feel like this particular 6th grade boy will last forever, so for the sake of the argument, let's assume it will last. So if you start "dating" in some form in 6th grade, even if you got married VERY early, let's say after high school, that's 7 years of dating. If you got married after college that's 11 years or so of dating. The average age to get married is age 25, so make that 14 years of dating possibly. The line above is just a visual of all the years you have to get through, for both you and your tween, if boyfriends start in 6th grade.

You will either date for a very long time, or you will break up. When you start to date, those are your options- marrying or breaking up. Dating one person exclusively long term is a very mature decision, and one that will cause your tween to perhaps miss out on many fun friend activities because of being so busy with a boyfriend. Also, the harder truth for a tween to hear is this- Unless you are at a marrying age, the truth about your dating relationship is that it's probably not going to last.  And breakups involve emotions, heartbreak, etc. etc.

Whenever boyfriends or dating do start, look at it in perspective of that line above. Know that they will be living at home until at least 12th grade, and things only escalate. It's easier to delay freedoms and give them when time, than to allow freedoms then have to go backwards, especially when there are many years left to get through.

Consider it this way, what is more helpful to your daughter, to practice giving her heart away, to a probable immature person who will most likely hurt it? Or to practice protecting and caring for her heart, knowing the value of relationships. I know that in middle school some kids have even joked that they were married and divorced. Constant early dating is a form of practicing the beginning and endings of relationships. After so much of that, the heart can get beat up.

Oh, why so serious? Is it really harmful to have a boy that you like at 12? I know there's no way you can "stop" your tween from liking a boy. You can't control their emotions. But as my husband puts it, you can like them, but it doesn't mean you need to do anything about it (spoken like a good dad). In other words, yes you're going to have feelings for people, but talking through and understanding this whole outlook with your kids will help them make better decisions, or at least understand the reasonings behind your decisions. Delaying follow through as long as you can just helps you out a bit.

Our girls hearts are valuable and by design they love to give their heart away to love. Knowing how and when to do that is worth talking about. As they grow up, protecting the value of their heart and who they give it to is an important part of life. For believers, giving their heart and love to Jesus will bring much more fulfillment to their lives than a boy will, especially in middle school. We as parents can help them learn to protect their emotions, and to know that watching over their heart is a meaningful thing. At some point, giving their heart away to another person will be the right thing to do! It helps for them to know that. It's all about timing.

Are boys evil? No. Definitely not. Are dates evil? No. Would my kids have survived unscathed if we had let them go to that 6th grade double date movie? Maybe. Probably. But our decision was based on the principle of this question- why even start the dating process then? For us, it's too young and the tweens have not even grown up enough to handle each other's hearts responsibly. The earlier you awaken and encourage the desire for a boyfriend, the longer and harder the road until marriage. On the other hand, if they grow up in themselves and in friendships, they will probably be happier and have a little less heartbreak.

Now I'm not speaking of boy friendships. I know that sometimes for girls, boys can make better friends than girls because of the middle school girl meanness. Boys are less dramatic. Then again, I have not found a man hardly who agrees with that...he says the boy always secretly likes the girl. The great debate, I don't think we can solve here. This blog is addressing boyfriends. In early tween teen years.

I'm also aware there are parents who are okay with real dating in middle school, as long as the daughter is open about it with the parents and follow certain guidelines. Feel free to leave a comment on this post about what your guidelines and reasonings are, in case someone reading this leans more toward that persuasion than mine.

Remember when I said some middle schoolers are defined by whether or not they have a boyfriend? Why is that. What is the motive? Middle school can be such an awkward uncertain time, and fitting in and social status is fairly important to most. Some may want a boyfriend just because they feel incomplete or out of the social scene if they don't have one. I would ask a girl, "Do you really enjoy him, or do you like who you are because of having a boyfriend?"  If it stands that no, she really likes him, good.

Even if a girl is very mature and has a really quality guy she likes, ask these questions: would you rather take the chance dating, or would you rather keep him for a really good friend? Friends are valuable and generally last longer. It's easy for a really good strong friendship to later become a dating relationship. It's much harder to recover a lost friendship after dating too soon and hurting the relationship.

If you really like him, keep him as a friend for awhile. Take things slowly. Be friends. Be whole yourself. Think about things, don't just take things "the way they are" without thinking for yourself.
I want to teach my girls that other people's hearts are valuable and fragile and not to be played with. I don't want boys using my girls to just get what they want. I don't want my girls doing that to boys.

So asking your tween the honest question of WHY they want a boyfriend is interesting. Listen to what they say. Have them answer the actual pros and cons of having a boyfriend in middle school. If your child understands the WHY of something, they are more likely to listen to you, or at least understand your decisions.

More fights happen between girls about boys than anything else. So much drama is wrapped up in dating life, I think because kids are still very immature in early teen years. Gee whiz, adults can barely handle relationships, why do we think 12 year olds can?