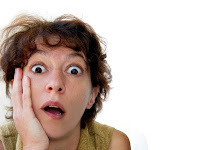 bells prepare to ring once again, moms are busy everywhere bustling from store to store to buy clothes, uniforms, books and those inevitable Kleenex and ziplock donations. Preparing our blossoming kids for middle school.

Have you prepared yourself for middle school, Mom?

Maybe you've noticed it. Growing independence, face in the phone, wanting to go to the mall more often (without you). Sure signs of the impending teenage years. In my observations over the last few years, right before 6th grade is when moms start asking questions and seeking some guidance for the next phase of life. Questions like this, "HELP!!"

A few bullet points to get you started on this brave new journey:

1. Decide your stance ahead of time on the boy issue. First of all, learn the kids terms and what they mean. "Boyfriend" could mean "we now awkwardly avoid each other at all costs and only talk through friends" or it could actually mean "we go on dates alone and make out in the movie theatre on the weekends". Probably a few other meanings in between too. What's going to be allowed? Can your daughter text guys? Can she hang out with them? Do you care if she has a boyfriend? The subject will come up so decide ahead of time. Have dad involved too and listen to what he has to say. Talk to your daughter about the why's and why not's in whatever you decide.

2. Some places may not have to worry about this, but if you are in most public schools at least, prep your daughter how to handle inappropriate talk from boys. This infuriates me. Much that could actually be labeled "sexual harrassment" will be open talk at unbelievably young ages. Within earshot that she can't ignore. What should she do when guys talk all kinds of sexual talk to her or in front of her? No matter the school policy, my own kids have our permission to do whatever it takes to defend themselves or put an end to things. So far only a pencil bag used as defense has been broken. That won't be everyone's policy, but it's ours. I happily replaced the bag.

3. Prep her for mean girl drama. It will happen. She could be on either side of it. Or stuck in the middle. Talk her through the concept that "hurt people hurt people". It doesn't cure the pain but it gives perspective of motive that allows empathy. Encourage her to be one of the much needed heroes who stands up for weaker people. Role play with her possible solutions when hard situations arise. Give her a game plan. Encourage her that it takes two to tango and if you don't engage someone when provoked, the game ends. Only the other girl is left playing. Read "Odd Girl Out" by Rachel Simmons, "Girl Wars" by Cheryl Dellasega, or if you want a Bible based approach read "Mean Girls" by Hayley DiMarco.

4. Know that 6th and 7th grade can often be the hardest years. I think it's because they are at a transition stage where most still want to be young, but they are afraid to admit or show it because there is incredible pressure to be "old". For years I have asked 13 year olds if they would rather stay young or grow up. It is almost 100% unanimous- they want to stay young. They feel pressure to dress older, talk and act older, watch and know more. Tremendous pressure to look old and to have a boyfriend. These are the things they have told me at least. My suggestion is to keep them young as long as you can. Encourage acting their age, not like high schoolers. 6th graders still have a lot of teenage years to get through. If they are allowed to do it all in 6th or 7th grade, what is there to look forward to? Pace their teenage years. Think about all the freedoms teenagers will eventually have. Will you give all those out at age 13? What will they have to wait for? It's easier to extend waited for freedoms than to retract ones given too soon.

5. Decide on social media. When are they allowed to have Facebook, Twitter, etc? Know that middle school is potential for high level drama and if they have social media, problems can follow them home. It may be a relief to have a reprieve from people at home during any difficult phases.

Keep a good line of communication open. Be available. You will survive! Teenage years are so short in comparison to the rest of their lives. You stay strong and help them to stay true to themselves during this short time. It can be done!
Posted by Holly Tumpkin at 10:11 PM