What Do Our Lives Communicate? 
So I got a little distracted from this series by a personal issue and a current event but now, let's finish up thoughts on how today's communication has changed for all of us, especially teens!

Part One- Gone are the Days discusses the girls meeting I held where we went over all the communication problems now caused by texting conversations, instead of face to face communication.

Part Two- Distracted Relationships reveals that we adults too have been sucked in to the myriads of technology...enough to irritate our own kids at times.

So.  There are vast amounts of ways we communicate now. It used to be a hello and a handshake, or a handwritten, sealed, stamped letter that took days to arrive.

But many are the ways we may not be as aware of, that speak volumes about us too! And people are watching. Some things that have become normal for today's teen culture are fine, when considered and thought out ahead of time. Some things I don't consider fine. These are worth a conversation with teens.


We communicate through BODY LANGUAGE-

Tone of voice, facial expressions, eye contact, body language. These all contribute toward gaining true understanding of what a person is communicating. Is your friend rolling her eyes while talking to you or really paying attention to what you're saying? What does your body language say when you speak to friends?

Remember that when communicating through phone or social media, you're missing out on all these crucial elements of understanding true meaning. Many misunderstandings happen this way.

As a teen, can you hold a conversation with an adult? Can you shake hands firmly and look in the eye?

Whether we realize it or not, this is true. Do we pause to think about this? What ideas does your life communicate?

Please stay with me through this thought. When talking to girls, I asked "What is your first thought of a girl who goes through lots of boyfriends in school?"  What does that communicate to you? And reverse it, what about boys who go through lots of girlfriends?

Your mind can come up with possible answers.  Not that the thought is accurate, and we are not encouraging judging people. I'm just pointing out that as humans, we cannot help but have an initial reaction or opinion to people's behavior. We may be able to work past that initial reaction and say to ourselves, "Well maybe that isn't true, I shouldn't judge". Hopefully so.  But let's face it, many people, especially in younger teen years, don't do that. It takes maturity. What we do affects what people think about us. And us of them. Right or wrong. Actions communicate.

Let's help our kids to think through initial thoughts of others, giving benefit of the doubt, not judging, yet being aware. And offering the forgiveness we all need continually. By the same token, help your teen realize that others are forming thoughts of them, right or wrong, and others may not be giving your teen the benefit of the doubt. It's important to communicate beyond initial impressions.

We communicate ideas about ourselves through PICTURES-

In today's picture obsessed world, this deserves alot of consideration.

Here is a wonderfully happy college girl like that I know. My daughter's roomie.  What does her picture communicate about her? By the way, this is how she looks most of the time! She is all flowers and sunshine to everyone she meets. It's just her. This picture reflects who she is.

During a girls meeting, I pulled up a random girl on Facebook that it took me awhile to find. No, I didn't know her, but half of the little square profile pic was her chest busting out of her rather small top.  Quiiiite a bit of cleavage shall we say.

I showed the picture to the girls. "What are your first thoughts? What do you think of her? What is she communicating about herself?" They obviously came up with answers. "Why do you think those things" is such an important question. She put her chest out there and that drums up alot of opinions, like it or not. It's human nature to have an opinion. So if you put your chest out there, odds are you'll drum up the same assumptions from others. Pictures communicate.

Consider the pictures you share and post on social media, or text to people. What are you communicating about yourself? Is it consistent with the image that you want others to have of you? If it is, great! Fabulous! If not, it's a good thing to think about.

It's way too common for kids to text underwear or naked pics to people. If you were to receive one of those, (heaven forbid), what does that communicate to you about the person who sent it? If you have sent one, what is the message you're trying to convey? Is that how you want to be thought of? Why?

I think we know that teen to early twenty years are pretty much known for silly, not well thought out behavior. I tell girls today they are the first generation that really don't have the luxury of not thinking first (unfortunately). If you take a pic, or someone takes it of you, there's not much to stop it from getting posted online, or sent to someone, whether you want it to or not.

Pictures live forever now. It used to be we could tear them up, destroy the negative. (yes, negative).  Now a picture is almost eternal! Let's be smart about it.


We communicate daily by CHOICE OF WORDS-

Picture someone you know who always has something nice to say. They are well spoken, mannered, full of nice words. What do they communicate to you about themselves?

For those that are fellow fans of old movies, think about how classy and fun ladies were in the old Doris Day movies. Or Audrey Hepburn. Ladies were classy, well spoken. 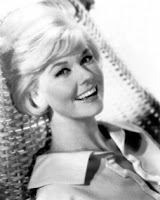 What's fairly common in some circles today? For some girls to greet each other with "What's up b**ch?"  What does that communicate? It's a far stretch from the fun Doris Day days!

I remember being fresh out of college and getting one of my first jobs as a receptionist. A co-worker immediately didn't like me and passively called me a b*tch as she worked away next to me. I got up, went to my bosses office and said "I"ll not be working with someone so unprofessional and I won't be called a b*tch". Boss lady called us both in and we all had it out. I don't mind working with people who use language, but not directed at me. She never did it again, and we became friends.  In fact, one day when I was horribly sick at home alone in my apartment, she was the one who came and delivered medicine to me.

Another one, the EFF word is becoming way too common, with WTF and FML. If you don't know what those mean, ask a teenager. They all know. Because of texting, I'm afraid it's even more common with kids who normally wouldn't talk like that out loud. But they may type or text it.

Even if they don't say the words but text them all the time, does that make it different? That's up to you.

How you come across to people will either earn you respect...or not.

For those who are Christians, we talk about the difference between following culture just because it's culture, or following Scripture.  If culture says it's normal to send naked pics, should we do it?

Everyone has an internal measure. You know where the line is. Would you say certain things to your grandma or your pastor? Can I lead a girls meeting using the EFF or B word?

People know when to "clean it up" because we just internally know. Everyone would straighten up in front of the Pope. Why? People recognize certain behavior as wrong in front of someone "holy", for lack of better word.

It could be a fun exercise to pay attention to yourself for the next few days and try to see what others might see in what you do.

Discussion Starter with your teen: Go through each of the topics above and ask for their opinion on what they see at school on a daily basis. Hear out their opinions. For Christians, try and decipher what is just culture and okay, or what parts of culture contradict what Scripture teaches.

Thanks for staying with me. That was long!

Posted by Holly Tumpkin at 3:25 PM