He was Mr. Perfect. And Secretly Abusive. - True Story 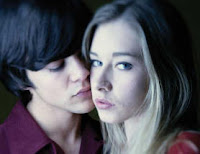 This story I am sharing with permission, in my own words based on what our anonymous friend told me. This beautiful girl is in her twenties, married, grew up in a Christian home and went to private Christian school in another city. Yet found herself in an abusive dating relationship in high school. It can happen anywhere.


In high school, she found herself in a dating relationship with a guy who seemed perfect. He was the football star, won the Christian awards at school, chosen for Homecoming court, everyone liked him. Including the adults in her life. In fact, he was "approved" to date.

Later she found he had a bit of a past that made him lacking in how to have a healthy relationship. She found herself dating Mr. Perfect, but hearing things like "Wear this, do that, you're too skinny, or ugly...Be glad you're with me because no one else would want to be with you." He became controlling and possessive.

At first there was verbal abuse as described above, then some physical abuse began (throwing and breaking items). Being forced sexually occured also.

She didn't tell anyone for a long time. She thought something was wrong with her, that she was a terrible person. Everyone liked him.

Then she didn't know how to break up. And began to be afraid to be alone with him.

Her mom began to know something was wrong, though she would've never guessed what it actually was. No one would. But her mom felt something, and began asking questions. One night her mom heard him over the phone in the background freaking out and breaking stuff. She moved her to another school.

When she finally later confessed the two year ordeal to her family, terrified to tell because she thought it was her fault, her family was obviously completely devastated. They felt incredibly guilty as parents for not seeing. But they loved their daughter and never saw it as her fault. They helped each other restore back to healthy, healed outlooks and lives.

Now, in her own words today she shares some wisdom gained from this experience, that she'd like to share with girls and those who love them.

"The main point is just to watch out for the kind of men that want to control every bit of your life. It starts out small: For example, a controlling man may start telling you what to wear, what to listen to, watch, and where to go. Then it may get to the point where he might control who you spend your time with. Like me, you may be only allowed to spend time with him. My ex-boyfriend eventually starting making me believe that my friends and family didn't have my best interests at heart, and told me that he was the only one who knew how to take care of me. He would threaten to leave or embarrass me if I spent too much time with other people, or if I wanted to do the different things I enjoyed.

With the control came lots of verbal abuse. I was told I was stupid, ugly, and worthless all the time. Unfortunately, I was already very insecure going into the relationship so it was easier for me to believe all of the hurtful things he would say. I became very depressed and unmotivated to do anything anymore. My world just became this guy who treated me terribly, and I believed I deserved a relationship like this because I didn't know my worth.

I would encourage women to be very cautious when picking a man to be in their lives. For the safety of your heart the dating process should be taken slowly. Also, make sure you have trustworthy family and friends close by; they may see things you don't at first. Love can sometimes be very blind when you are infatuated with another. If you find yourself losing relationships and the things you once loved doing due to the man in your life, you may not be in a very healthy relationship. Don't date someone to find yourself, you have to be confident in who you are going into this. We are daughters of God and we need to be patient and wait for the kind of godly man that wants to encourage us and bring us closer to God and all of the beautiful things in life. I know it was extremely hard to break my relationship off; I was very afraid of what he may do. I was very blessed to have my family and friends by my side to help me break the relationship off, and help me see my worth so I wasn't tempted to go back to him. I would encourage young women in this situation to go to someone they can trust to help you to either break off or council an unhealthy relationship. We are beautiful inside and out and we should be cared for and protected."


Her story ended well. I'm thankful she is willing to share her story. It's all in hopes of helping someone escape what happened to her.

February has been National Dating Violence Awareness Month. Make sure and see all the good sources at the top of our site, including numbers to call for help. If we all educate ourselves, we can be a source of help to others.

Posted by Holly Tumpkin at 6:08 PM