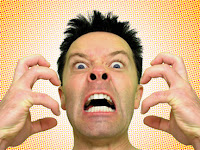 Earlier this month we shared actual quotes from teen guys as they answered the question "What are 5 things that girls do that's annoying?"


This week I met some friends for dinner at Olive Garden. As we were leaving, we exited at the same time as a large group of teens. My friend overheard a couple of the guys saying how they just wanted to get away from one of the girls- she's too much, tries too hard, always trying to get in our pants (sorry, just keeping it real to tone of story). How I wish I'd heard this myself- I would have been tempted to pull the boys over for an interview! Their comments seemed to come from irritation and mild frustration, not meanspiritedness. Interesting.

I'm coming back to this subject of what guys think for a particular reason. Well maybe more than one reason. 1) It's interesting 2) Their answers continue to surprise me and raise hope 3) we can tell girls this and that, but maybe for some, it will help hearing it from guys themselves 4) our girls are so programmed and coddled by media daily, that many are morphing into what they "perceive" girls should be (and assumedly what guys want), only to find that in fact that is not what many guys admire in a girl!

It appears that many guys admire character, which is a great message for our girls.

So far, it seems that perhaps many guys have been wrongly stereotyped into a false role, of being only out for one thing. Or only wanting one type of girl. I wonder how much they feel pressure to be that sort of guy, even if that's not who they really are. Obviously, some guys probably are out for one thing, but what an unfair stereotype if many do not fall in that category!

One thing I know, when asking this question to boys, of different ages, in different schools, from different states, without the guys even knowing other guys are being asked,  the answers are largely similar. That's why I wish I could have cornered Olive Garden guy, pulled out pen and paper and had a conversation. This is another random guy, (who didn't even know there was a question), saying the same sorts of things! A common thread unfolds...

Today we have some input from high schoolers in Iowa, answering the question "What are things that girls do that are annoying?"


1. When a girl (or anyone for that matter) is conceited or brags, for the sake of envy from their peers.
2. When girls are loud and obnoxious to get attention.
3. How a girl is willing to step out of her own shoes for the sake of popularity or approval. (to clarify, he said that this is when a girl will change who she truly is, in order to be accepted or popular).
4. Girls that won't listen to advice from friends, family or other trusted people.
5. When girls will flaunt or show everything they can, just for a few extra gazes her way.

A few bonuses from other guys-

1. Taking millions of pictures of themselves

2. Putting themselves down to fish for compliments

4. When girls flirt with guys when they know they are unavailable

5. When they know they are pretty but they say they are ugly just so they can hear someone tell them they're not

In no way am I slamming girls by writing this series- obviously, I spend all my efforts in support of girls! But I think guys have good things to say, and it seems many are happy to vent the frustrations.

Posted by Holly Tumpkin at 3:00 PM