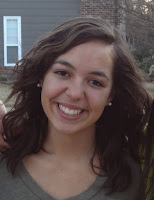 Unbeknownst to me, my daughter decided to try something, after reading one of the recent "boy opinion" blogs that I posted. After she shared this story with me, I asked her to write this up for you! We were pretty stunned that the same day of her experiment, a comment was made.


"So after reading the blogs about guy’s opinions, I decided to take some of it to heart. The next school day I decided to only wear mascara and eyeliner. I went all day without any comments and I hadn’t really expected any. Then in 6th hour I was working in a group with two guys, and they asked me if I thought one of the girls (my friend) was pretty. I said she was beautiful, and she really is one of the prettiest girls I’ve met. The guy that asked me agreed, but said that she would be prettier with less makeup. I was slightly confused by this, considering the only difference between our makeup was that she was wearing very light pink eyeshadow. It was well done too, so I told him that. He then proceeded to tell me that more girls should do their makeup like I had it done, because it was more natural. So that was very shocking to me, because apparently wearing eyeshadow makes a huge difference to them!


I also resolved a couple weeks ago to remember to thank even the smallest act of chivalry. (All girls want to marry a “prince”, but if no one ever supports chivalry then we won’t have any left!) I have actually made a few unlikely friends by doing this, and it’s starting to become a habit. A couple mornings ago I was walking into the school building and this one guy had been holding the door open forever and nobody said a word to him! So I said thank you when I passed him, and he kind of gave me a surprised look, and 2 or 3 kids in front of me turned to look at me with similar looks. I continued walking, but it surprised me that they would find it so odd to say thank you. My new thing is that I may not have a lot of power, but I can still empower people with little things like a smile or thank you."
Posted by Holly Tumpkin at 9:23 AM