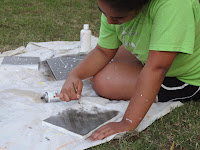 ﻿"Shout out to mom for room time play time!"

Room Time Play Time.  That phrase evolved when my girls were young and I needed a break from momming, so I sent them to their room to play by themselves each day for a period of time. They had to play alone in their room for maybe 30 minutes.

I think it might've been selfishly motivated, as a mom needing a break, but it was also evident to me that alone play time was good for them. The self control, the creativity and imagination, the peacefulness that it would help build were worthy pursuits, but at the time the break it gave me was my favorite byproduct. Looking back years later, my favorite byproduct is their ability to be alone, creative and imaginative.

At the time they didn't like it usually, so I tried to make it sound fun and exciting, "It's room time play time!!"  At certain stages and ages, a gate was even put up at the opened door so the little one couldn't get out. I wish I could find the pictures I know exist, of one of my girls hanging on the gate crying, begging to come out. Other times, they happily played.

Cries acknowledged, they would be reminded room time play time didn't end until they spent some quiet play time alone. Tears always soon ended and once play occured for a short time, they were let out and I felt a bit better. It wasn't like there was no bread or water...nothing like that. Though kids sometimes feel tortured, doesn't mean they actually are. :)

Of course the only pictures I could find are cute ones. Crying ones of actual room time play time do exist and I would show you if I could find them. Promise!

When mine were little, much of the current technology didn't exist, just noisy toys and music, which they used if desired.  It wasn't a time for watching movies or tv, but creative play. This is still a need in today's world, and even more so.  A half hour breakaway from technology can't harm them, but would instead have long lasting benefits. 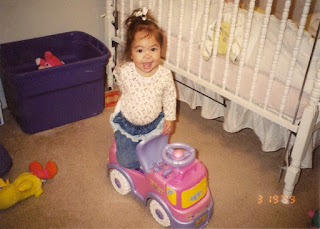 Keep some toys that are only for this special time! 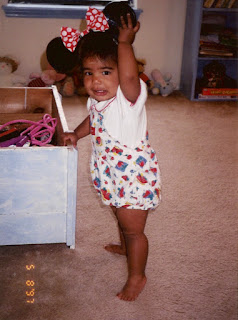 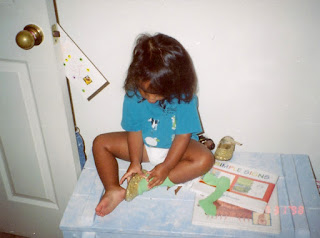 
So why did this come up recently? We had an outing, left phones at home (mean mom), and spent some time crafting outside. I heard one daughter say, "Shout out to mom for room time play time!"


After shock subsided, of course I had to ask what motivated her declaration. Here's her answer: "It was good because we were forced to be creative and now I greatly appreciate my creativity. Kids don't know how to be creative anymore." (love the use of word "forced"...but it's true I suppose!)

Well it only took a decade and a half, but Room Time Play Time has now been appreciated! (claps and cheers!!)

Days are long for moms of young ones! This is just one simple idea to implement to help both of you. It takes a little gumption to get through the initial protests, but persist and it will pay off.