When's It Ever Gonna Be My Turn? 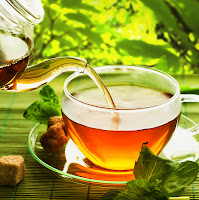 Over lunch and a cup of hot tea, once again my mind was provoked by a friend who always makes me think. This particular subject was about the holidays.

She told me about a conversation she had with a young relative. This young mom admitted to my friend some frustrations with holidays, extended family plans and pressures she felt to make everyone happy. She said to my friend, "When is it ever gonna be my turn?"

My friend, surprised a bit, said "But it is your turn". This hit her relative with surprise, as brand new thoughts burst forth.

Now back track with me to a post from last year. I shared last year about a Mom's Panel that I take part in. Six moms share 5 minutes about their stage in life, so in 30 minutes the listener has heard highlights of lessons learned in parenting each stage from toddlers to empty-nesting.

During one particular 5 minute segment, the one that covers the phase of life where your own children are married with children, our panel discovered an intriguing phenomenon. No matter where we were, what church we were in, even in other states, the reaction from the audience of women during her segment was the same. Stankface. (That's what a couple of us on the panel eventually named it). What did she say that was so offensive?

Sharon's offending words to fellow grandmas (offered with a smiling face and great humor)- "I've learned to allow my married children to form their own new holiday traditions and in the process make some new ones of my own and be happy about it. Sharing my children and grandchildren with "those other people" at holidays is a good thing but must be learned with gracious cooperation."

As she shares this hard word with grandmas, they don't like it. There is a generalized "stankface" that sweeps across the room, laughter subsides and a bit of thick air permeates as she shares her medicine with a spoonful of humored sugar. We realized how pervasive this problem is and how delicate the feelings are as we watched reactions over and over among diverse groups of women. Strangely, the younger in the crowds always look happy.

My lunch and tea friend shared that her grown kids have not been to her house for Christmas in 10 years. I asked her if she's ok with that. She wasn't for awhile, but decided to be. She's now happy she always has an invitation to one of her children's homes for the holidays. Perspective. She says, "It's their turn". She also said she only knows of one or two other friends who are also grandmas who have made peace with that. "What do the others do?" I asked. "Manipulate, whine, moan, wring their hands, coerce..." A great basis for happy holidays. (Not!)

Since this conversation, I have observed two items in the media relating to this. One is a radio commercial featuring a grandma who brags about all the up to date technology her house offers so that she's the "favorite grandma" to visit at the holidays.

"An old man in Miami calls up his son in New York and says, "Listen, your mother and I are getting divorced. Forty-five years of misery is enough." "Dad what are you talking about?" the son screams. "We can't stand the sight of each other any longer," he says. "I'm sick of her face, and I'm sick of talking about this, so call your sister in Chicago and tell her", and he hangs up. Now the son is worried. So he calls up his sister. She says, "Like hell they're getting divorced!" and calls her father immediately. "You're not getting divorced! Don't do another thing, the two of us are flying home tomorrow to talk about this. Until then, don't call a lawyer, don't file a paper, do you hear me?!" and she hangs up. The old man turns to his wife and says "Okay, they're coming for Christmas and paying their own airfares."

No one pretends this is an easy time of life. I can well imagine it's not. But I think of my friend's perspective of becoming okay with the new phase and how much easier and happier the holidays would be if others could do the same. She had "her turn" as she raised her kids and did Christmas as she and her husband wanted. Now her kids are grown and she says they need to do things in a way that's best for their families. It's their turn. Can we think of it as taking turns?

The simple concept of "taking turns" that we teach our toddlers, turns into a lesson we don't want to do ourselves, in later years. Do we regress to fighting for our own way, not wanting to share, this time in ways that are more "dressed up" than the biting, pulling, grabbing and screaming of two year olds?

My friend who served me tea that day said it's not easy. But it's right. It makes life work.

Holidays can be hard in some ways. But many families work it all out with no problem. Take turns with location, all happily gather in one place, compromise, celebrate a different date, etc. Even as you are in the "take your own turn" stage, it's good to be aware and flexible and occasionally do something different that accomodates others. But if you think about all the families who have family at a distance, or multiple families to visit because of divorce and remarriage, things get quite complex. And stressful.

But freedom gives room. Enjoying what we do have. Being flexible.

This doesn't apply to everyone, but it will to some. Whether it's your time for you to take your own turn, or whether it's time for you to let someone else have their turn, this is good food for thought this Christmas season.
Posted by Holly Tumpkin at 4:16 PM