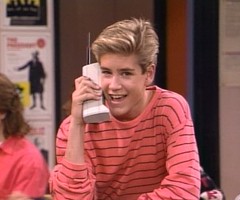 I've been asked more than once by older teens or girls in young twenties who are ready to consider a life long relationship.

It caused me to stop and really think.

Caring about another person is a vulnerable thing. It's hard for some people to be vulnerable, because it leads to a chance to be hurt. But that's part of it. Part of life. We get hurt sometimes. The fear of possibly being hurt can't stop us from a great adventure with rewards that are greater than the risk!

The subject of dating nowadays is a bit different than it was 20 years ago. Dating has become so complicated according to 1) my observations and 2) what girls have said. Now I've seen some young couples who have done things the way we are used to- they meet, get to know one another by talking and being together, he asks her out on dates, and they eventually become exclusive.

On the other hand, too many girls have said that they are disappointed with boys that seem to be in fear of them, or don't know how to start a conversation, or ask them out on dates, or rely too hard on social media for communicating.

The number of girls who have never dated is huge! (I'm sure moms of boys have things to say about this, and I welcome your comments. We would love to hear from you!!)

In the "old days", we dated to have fun with someone we may like, and eventually realized we both couldn't live without each other, or we parted ways. Nowadays it seems that couples want to have a commitment before they even start dating.

There is so much pressure to know where you stand instead of getting to know each other and taking a risk.

Sometimes it seems couples want to know the end  result before they start dating.

So what's my advice? Have fun without knowing the end result.

You may decide you really like him. You may decide you want to move on. You may marry him. You may break up! Young people say "I don't want to waste time". No one does. But there's no way to know ahead of time if you're going to marry someone. The risk is part of life. But so is the fun and the people you meet along the way. I heard great advice from someone- "Just leave them better than you found them if it doesn't work out".

Can we come back to a balance from the days of "I Kissed Dating Goodbye?" (I just finally read that book 10+ years later. I don't really agree with that approach, but was intrigued with the influence it had on our Christian culture, so I gave in and read it for myself).

Young people are so concerned with only dating who they are going to marry that they have become paralyzed in a way.

Sometimes you just have to date, chill, and have fun while you figure it out.

Ask God for direction and know that He will. He's not opposed to innocent fun. Or friendships. Or love.

We've made life into a complex puzzle in some ways, instead of embracing the process.