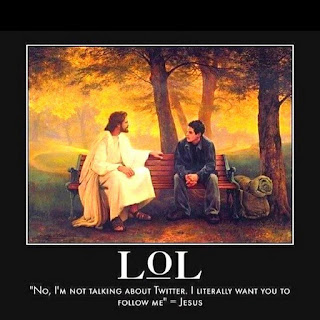 Recently I listened to a group of high school girls discuss the pros and cons of social media and how it affects friendships (Facebook, Twitter, Tumblr). I'm also mixing in a few opinions I've heard from middle schoolers over the months too. Not really giving my opinions here, just passing along what girls have said.  My hope is that this will give you some content for thinking through the social media issues and will provide discussion starters with girls.


Ok, there ARE some PROS! I have to admit that too, because I love many things about Facebook.


Here are their CONS.

one was at a place with a lot of new people all in one area, and instead of meeting and talking with each other, everyone was on their phones.

girls post pictures of themselves then say things like "oh this is so ugly", to get compliments.

promotes jealousy.  you see pictures of other friends doing things together that you weren't invited to.

friends get mad seeing that you did things with other people too that they weren't in on.

some take it too seriously and always have a long commentary and opinion on why they may not agree with something, instead of being lighthearted.

easier to be critical

we judge people entirely by their profile

if someone leaves an awkward post on your wall, you either have to leave it there, or risk offending them by deleting it.

someone may post pictures of you that you don't want and you can't do anything about it.

boys hide behind facebook sometimes, initiating conversation through messages instead of being brave enough to talk to you in person.

girls will post pictures that they look the best in, not caring as much how good or bad their friends look.

school drama follows you home when you have facebook.

when get together with friends and they just stay on their phone on facebook and don't pay attention to them. rude.

you used to be able to politely keep a secret who you invite and don't invite to events, but now anyone can post pictures about everything, so it's harder to keep it a secret.  If you had a party and your mom only let you invite 8 people instead of the 20 you wanted, and it wasn't your choice,  now it looks rude if your friends post pictures.  Friends feelings can be hurt even though you wanted them there.

some girls don't take down pictures that others ask them to remove. there's nothing you can do.

i know mean stuff happens between girls on facebook that they may not be brave enough to do in person.

My only suggestion for now...Consider with care the decision whether or not to let your teen use social media in middle school, because this seems to be the years when most drama happens.  Teens are still developing their identity at this age and may need to be protected from some of the harmful sides of social media. If they do use it in middle school, keep a close eye on what they do.

It's a privilege, not a right.
Posted by Holly Tumpkin at 1:17 PM