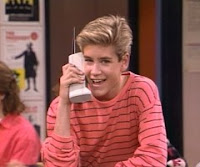 So yesterday we looked at how communication has sure changed...and it now has some hazards added, with texting, social media and diminishing social skills.

I've heard girls say they have been disappointed with friends who ignore them while they're together, just spending time on their phones or computers instead.

I personally notice our culture's obsession a lot in the waiting room. Everytime I sit in the orthodontist's office, I notice how no one acknowledges each other (not that we necessarily would anyway) and instead are all looking down at our phones. Me included sometimes, then other times I force myself to read instead, just to buck the trend.


Have you seen the funny commercial of all the people in the carpool texting instead of talking?

You can catch it right here  for a giggle!


But at our girls meeting, why did the room get mysteriously quiet when I mentioned how moms and especially grandmas I've talked to feel when their family is present, but on their phones instead of talking?

Is it less offensive when we are the holder of the phone and not the ignored one? I have to catch myself at this too! (daily)  It's truly addictive to have all of these devices!!

I told them about things I've heard grandmas tell me - how sad it is when everyone gets together and they're all on computers or phones. One grandma said her granddaughter asked her to move because "she was blocking the DVD". Grandma was just putting her in the carseat of the van at the time! Another mom lamented that company all came over but were on 3 different computers in the same room.

One girl said her grandma makes her put her phone down when she picks her up from school because it's Grandma Time. Go grandma!

My own mom told my kids to put their phones up over break, which they promptly did. Go Grandma! (I do practice this, it was during a time not much was going on, but then when Grandma joined us, put 'em up!)

I encourage grandmas to speak up when family is at your house. I don't mind. We've just slidden into laziness.  We all need to pay more attention to this.

THEN, the ouch. I have heard this so many times, but girls mention how aggravated they are when it's Mom on the technology when the teen wants to talk! Often roles are reversed!

When I first read this, and heard girls talk, I began paying attention to myself and realized with regret I was on mine too much. Even if it's doing business, paying bills or returning emails (all possible on the phone), it takes away from what's important.

Decide to notice your own behavior. Ask your kids what bothers them. Hey, this is a personal battle too. If a teen wants to talk, we'd be silly to be too busy. And if you have a little one at home, hoping one day they'll still want to talk to you as a teenager, practice undistracted attention right now. It's got to be in place before the teen years hit.

There is an interesting article about this, "Distracted Parenting" from CNN last summer.  It's worth the three minutes it'll take to read. Here's a quote to tickle your curiousity:

"The problem is, my kid sees me with that phone and doesn't think about all that real world stuff. She doesn't give me a pass. In that moment, she might believe my phone is more important than she is."

If you see me doing this, remind me please.