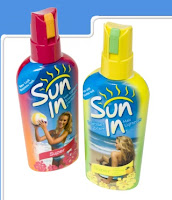 ﻿It's no secret that middle school is a somewhat awkward transitional time for young teens.

Through the wonderful world of social media, I've met a blog friend, Michelle Icard, who specializes in assisting teens and parents through these tedious and somewhat treacherous middle school years. She's funny, down to earth and shares many of the same desires I do for helping teens navigate successfully through difficult years. We've tweeted and emailed and even chatted on the phone with each other! If you have a tween or young teen, you'll want to check out her fabulous website http://www.michelleinthemiddle.com/. She shares a guest post with us today.


5 Things I Learned in Middle School

Funny what memories poke out above the rest. In my 25+ years since middle school, here is a collection of random moments and lessons that are oddly prominent in my memory.

1) Change your rhythm as necessary.

The DJ at our middle school dances ended every dance by playing Led Zeppelin’s Stairway to Heaven. No one wanted to be left out of this last opportunity of the night, so even girls like me who went unasked for the duration of the evening remained hopeful that some boy, any boy, who had previously been too afraid to make a move, might ask her to dance. Many times it didn’t happen and I would spend those last eight minutes and two seconds of the night observing the Stairway to Heaven ritual with some measure of enjoyment. It was funny to watch the throngs of temporary couples struggle with that song as it moved from slow to medium pace, then hard rock, then super slow again. Even though we all knew the inevitable weird pacing was about to happen, no one knew what to do about it! Do you let go and rock out? Do you keep swaying with your arms wrapped around each other only faster? Do you morph into a weird group dance at the fast part, AGH, but then here comes the slow ending and you’re all left facing each other having to make eye contact. I could see the distinct look of fear on their faces as Jimmy Page took over.

Then it happened. A boy asked me to dance the final song of the night. And even though I had watched this scene unfold many times and chuckled inwardly at the absurdity of it all, I was totally unprepared for how to handle it myself. So I did the worst possible thing. I threw my arms around his neck, closed my eyes, and kept them closed for almost the entire song. Let me remind you, that’s a staggering eight minutes and two seconds of blind dancing. And did I change my pace? Of course not. I locked my body into upright rigor mortis and swayed slowly and blindly the entire time.

This is a true story but I think it works nicely as a metaphor for middle school in general. Everyone was afraid to change. And we were so busy watching each other’s trials, we hardly thought about making plans for our own success. If only we could have been more willing to adapt to our surroundings.

One day in 8th grade, I walked with my friend Elissa past Mrs. Smith’s classroom to find her sitting at her desk crying. This is not something a student ever sees and we were caught off-guard. Elissa rushed to her side while I hung back at the door. The day was January 28th, 1986 and Mrs. Smith had just heard the news that the Space Shuttle Challenger had exploded only 73 seconds into its flight.

On board was Christa McAuliffe, a teacher from Concord, NH, and the first teacher NASA had invited into space. Mrs. Smith had made it all the way to be a finalist for NASA’s Teacher in Space Project but was not accepted to the Challenger’s crew.

I remember thinking, as Elissa hugged Mrs. Smith and offered to run for more Kleenex, that I was a little kid. I did not yet know how to absorb someone else’s pain but I think this moment was when I learned that I should.

3) No one is as perfect as they appear.

One day in 8th grade study hall, one of the prettiest, most popular girls in school ripped one. She turned fuschia, said “oops!”, covered her face, and laughed. Having been rejected by her and her friends, I was glad, SO GLAD, to witness what I was certain would be her downfall. You know what happened to her, right? As far as I could tell, nothing. Oh. My. God. Was I the only one who heard her heinous crime?

I could have learned something meaningful from this small but ear-shattering episode, like even the worst social blunders can be overcome with the right attitude, but instead I took away this: even pretty girls pass gas.

I was sitting in my 8th grade English class when Mr. NameIcantremember erupted into an aggressive, weird, and spastic attack against a poor student who had turned in a paper on John Knowles’ A Separate Peace with the key title word including three “e”s rather than two. It seemed to last forever and involved throwing the paperback across the room, tossing the student’s paper onto the floor, and a great deal of spittle being shot into space.

I don’t know if it was a late 80’s teacher thing, but I remember several outbursts from teachers who seemed to believe that displaying these acts of passion would inspire us to truly feel, to think, to learn! This one definitely had the biggest impact on me. I’m not sure it inspired me in a universal way, but I can promise you, I have never misspelled the word separate and I’m a little bit irritated at anyone who does.

“Whether you want to bring out your natural highlights or seek a sun-streaked look, Sun-In is the hair lightener for you. There’s no easier way to a lighter, brighter look than with Sun-In.”

Uh, no. Not if you are a brunette. Many girls I knew experimented with Sun-In in hopes of attaining a Christy Brinkley blond mane, but every one of us ended up orange.

Middle school was a time for trial and error, mostly error, and that provided lots of opportunities to relearn the same beauty lessons about working with what you have and not believing the marketing hype.

What middle school memories stick out for you?

Posted by Holly Tumpkin at 4:39 PM