5 Awkward Talks to Have This Summer #1 - Pedophiles

If I see one more story of a teacher being inappropriate with students I may blow up. Is it weekly now? And often too close for comfort? Sometimes in my own city.

This has been on my mind, but this week I saw yet another story. A Teacher of the Year was found sexting nude photos to an 8th grade student where he taught band in a middle school. In Texas.

We have had  recent crazy stories here in our town, involving even elementary aged children. I know of real stories, more than I wish I knew, about people involving inappropriate actions. Not all of them ever went public. It is too common. I've even had to call a school and report a teacher for warning signs.

As serious as this is and as much as we want to protect our children, it's still an awkward subject to bring up in normal conversation. Especially at my kids ages, when they're coming and going and rarely all home at the same time. I can see it now, as they are running out the door for work, "Oh and beware!! If anyone tries to touch you inappropriately, don't let them!" Seriously, when does it fit in??

Is it good dinner conversation? Maybe. Whenever you can fit it in I suppose. Bedtime? Sure. Sometimes I use news stories as a good way to bring up talks. With Sandusky back in the news allegedly having written creepy letters to his victims, maybe that's a way to bring it up. Use this blog as an excuse.


And how do we stop this from happening to our kids? By having the awkward conversation.

I had an idea. I have 5 Awkward Talks that should be had with your kids,  the level of intensity depending on their ages of course. What if we do this together this summer?

Over the course of 5 weeks this summer, I'll post a blog about an awkward topic. Then within the week, find a time to have a discussion with your kids about it. And share feedback.

By awkward, I mean this. For some, it will be very hard to talk about the subject. For some it will be no big deal, but for the subjects coming, frequency and reminders are always good. These are things that just don't have an easy entry point in day to day conversations.


Your kids may moan and look at you like this. 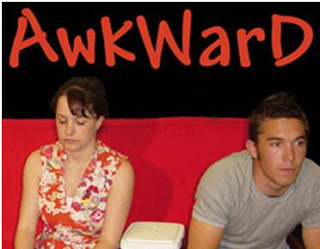 YOU may moan and look at them like this. But do it anyway.

So today we are going to talk about pedophiles. Or creepers, as our kids would say. The problem is, sometimes pedophiles don't always come across as creepy. But eventually, they will DO something creepy. Let's talk about it.

This last spring, I attended a workshop held by E.A.P.C. Empowering Adults, Protecting Children. The statistic the presentation starts with is this startling one:


1 in 4 girls and 1 in 9 boyswill be molested by the time they are 18.
90% of molesters are known and trusted by the families of their victims.

As an advocate for youth (I just declared myself that this year. Isn't it a fancy title?), I attended this just to be informed and to be able to see warning signs, because I'm tired of stories in the news like I mentioned.


E.A.P.C. sells a small book, Keeping Them Safe, describing warning signs and more at the link. You may want to pick up a copy.

Here are highlights: (all quotes are from Keeping Them Safe)

- Teach your children proper body part names, not just nicknames. Why? "Potential molesters know that the mere fact that children know the proper names of private body parts is an indication of the level of communication they maintain with their parents. This is a red flag to a potential molester. He or she is more likely to steer clear of a child with that level of communication freedom with parents or guardians."

- Just like we have safety rules for all other areas such as knives, scissors and ovens, have Touching Rules.  "No one is allowed to touch your private body parts (parts of the body covered by a bathing suit) except to keep you clean and healthy (as in a doctor). Very few people have permission to do this and only when your parents say it is okay". If ANYONE, even someone you know and trust, touches you in a way that makes you feel uncomfortable, scared or confused, you should: say no or words that mean no, get away as quickly as possible, tell another trusted adult what happened, even if the person tells you not to tell."

- Predators will approach your child with something they can relate to- a lost dog, candy, etc. Anything to pull them away from safety by choice. Tell your kids that whenever they are alone and someone asks for help, don't help them. It's okay to appear rude or mean sometimes. It's not okay to help a stranger. Go get an adult to help them.

-Have a family code word for emergencies. If children aren't with you when something uncomfortable happens to them, have them call or text and use the secret word or phrase that you've chosen. Then you will know they are in trouble.

-Molesters often give gifts to their victims.  This is so true. True in many of the news stories of serial molesters, gifts are almost always a part. Even with older teens or college aged boys- if an older adult is giving you lots of gifts for no reason, be suspicious.

-The yucky part is that molesters always have a "grooming period". This includes manipulation, deceit and bribery. This can leave the victim feeling confused. For example, a man may offer a young teen boy a beer, knowing that the boy will be less likely to tell his mom of any inappropriate acts, because then he'd get in trouble for having a beer too, which he knows is clearly wrong. They will always say not to tell, and threaten the child that no one will believe them if they do tell.

- Keeping Them Safe has a chapter on good babysitter rules and guidelines too. Baths or showers should not be given by babysitter without your prior permission.

Listen to your children if they say someone is creepy. Believe them.
Show up, introduce yourself, make yourself known around other adults. Predators say they are less likely to approach a child if the adult has made themself known.

I've also heard from friends who do speaking on this subject, that often faith based kids are targeted. The reason? They are less likely to talk about sex openly, therefore less likely to report it, or be comfortable talking to an adult about it. And they are also taught to be nice and respectful, so maybe they'll have a harder time stopping the perpetrator.

Be open, let them know you can talk about anything, be brief and don't make it a lecture.

1. If someone makes you feel creepy, stay away. Don't be alone with them. EVEN if this is an uncle or a  coach or teacher or stepmom.
2. No adult should want to touch you, or ask for a massage, or rub your shoulders if you are one on one. If you feel weird, it is. Someone you don't know well shouldn't even try to be alone with you.
3.  IT'S OKAY TO BE RUDE AND SAY "STOP IT, that makes me feel weird".
4. My personal thing is, I don't want teachers or coaches to have cell phone numbers of my girls. If they can only communicate through text messages, they can text me and I'll pass the info along.
5. If you think it's weird but aren't sure. IT IS. Listen to your gut. You're right.
6. The ones who do tell are the brave ones that help end harmfulness to kids.

If they say someone has been inappropriate to them?

According to Keeping Them Safe: "Don't panic or show shock, remain as calm as you can. Express your belief in them. Let them know it's not their fault and that telling was the right thing to do. Report to the authorities immediately. It is your job to listen and support the child, not to investigate the allegations. Tell your child what happens next, be honest. You are calling authorities and someone will be investigating."

It has to be stopped for the safety of all kids.

Also be aware that most schools have anonymous Help Lines that you can call anonymously to leave tips- whether you know of a student who has been harmed, or if you suspect a teacher is a predator.

No one likes to be the one who tells, but for the sake of everyone, we have to. It's the right thing to do.

Now, go have this conversation. Some time this week.

Posted by Holly Tumpkin at 9:44 PM