When God Asks You To Do Something Crazy- A True Story 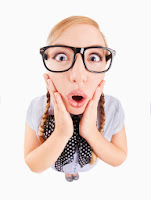 The other day I happened to hear about this miracle story from a friend over coffee, and thought it needed to be shared. It's such a good one, that I contacted the twenty-something young lady that it happened to and asked if she would write it out to share on my blog. She agreed to if it was anonymous, which is perfect.

Many of us have had moments like these, when God asks us to give up our self dependence to do something illogical in the natural, but very logical in the spiritual, then to see God do His thing once we've obeyed. But for most it's not our normal way of life, but really, it should be. Maybe that's why I liked this story- it's convicting and inspiring and encouraging all at the same time.

"Have you ever had a thought cross your mind that was kind of out there? Maybe a voice asking you to do something or say something that you wouldn’t naturally do or say? I’m not talking about those weird things that you think of when you let your mind roam free. I mean the little voice inside your heart that likes to call us outside of ourselves at times.

I’ve had a few of those moments take place during my walk with Christ. What I have learned is that most often those crazy thoughts are the leading of the Holy Spirit. I just needed to open my mind a little and my heart maybe a lot to consider the things He is trying to tell me.

I was eating dinner with a friend one night after work. She didn’t know it but I had a hard day that day. Her words were so encouraging and uplifting. My heart was soaking it up. Once our conversation ended, I offered her a ride home. She usually walked to work from where she lived, but since it was late, I didn’t feel comfortable about letting her walk alone. During our ride home, she made a comment about her search for a car. She explained how she had never had one in her 22 years of life. It kind of made me feel guilty in that moment. I never had to work for the car I drove, and it most often was a thing I took for granted. She talked about how her family was large and didn’t want to do for one kid what they couldn’t do for the others. It made total sense.

I dropped her off and headed home. As I made a turn out of her neighborhood, I heard a small voice inside my head say, “You could give her your car. Wouldn’t that be awesome?” I gave myself a small laugh aloud. I’ve heard of people doing things like that before. But those kinds of things were for people with lots of money. You know, the kind who could manage giving their cars away. Not 24 year old soon to be college students with little to no money. All of these thoughts were interrupted by a scripture verse. I even spoke it out loud, to myself, which I guess is a little strange in hindsight.

“Give and it shall be given unto you; pressed down, shaken together and running over.”

I have heard that scripture hundreds of times before but I honestly couldn’t recall where it was in the Bible (and I might have skipped over a few parts in my recitation). But that first word, give, stuck out to me. So much so that I kept weirdly repeating it out loud. It’s a command. Give. I was drawn to this before in Mark 15:16. This is the scripture that commands us as Christians to go into all the world and preach the gospel. That first word again, go, is a command. I heard a message on that scripture once where the speaker was talking on the things that this passage doesn’t say. It doesn’t go and “only do this if…” or “only applies to….” It just says to go.

That verse stuck with me for a few weeks as I questioned whether or not I could really take God at His word. Did I have to have a specific command from Him to give? The scripture does say just give. Can I really trust that if I just give that it will be given back to me?

Reality kind of hit me in the face one week in particular as all the things I needed to fix on my car started to resurface. It was a very stressful week. I felt a little overwhelmed. But after much prayer and some incredible people with car-fixing abilities stepped forward to help, what should have cost me over $1000 to fix only ended up costing me about $100 out of my own wallet.

At this point I had just decided that I should sell my car. It was in the best shape it could be, costing me the least amount of money possible. Selling it just made sense. Especially since school was around the corner and I could use the extra cash. However, the whole process made me feel anxious. I have come to know that when anxiety sets in, the Lord is usually trying to get my attention. Its odd that He communicates with me in that way I suppose, but sometimes it takes just that to get my attention.

I decided to fast one Wednesday in response to my anxiety. That morning at work, I had another conversation with my friend. We were talking about trust in the Lord. She told me that the Lord had been challenging her on big faith. He created the Universe after all. Couldn’t He do exceedingly and abundantly more than we give Him credit for? She was speaking straight to my heart. All I could think in that moment was “This is it. This is what I have called you to. Wouldn’t it be awesome to be apart of the answer she is seeking Me for?” It really convicted me. In a sense, my disobedience could rob my friend of receiving her entire blessing. Not that the Lord couldn’t work in other ways, but He does ask us for our obedience at times. We are His hands and feet on this earth.

I went straight home after work that day knowing that I needed to prepare to just trust God and obey. I made the decision to give my car to her, and while making arrangements for “the day to give”, I learned that a family member had just recently purchased a new car for themselves, so they were giving the old car to my parents for whichever child needed it most. I happened to be that child! Talk about some divine preparation. God was already providing for me as I was deciding to give.

Friday morning came and I picked my friend up for coffee. I got to share with her what the Lord had taught me through her words of wisdom and then hand her the key to her new car. She was ecstatic. It was just precious to watch her cry and laugh at the same time over how much God cares for her. It was truly a blessing to witness.

If this story ended there I would’ve been perfectly content in my decision. I have learned in the short 3 years I have been walking with Christ that obedience to Him is the only way to satisfactorily live life. He only ever calls us towards Him. So to obey Him is to be closer to Him.

However, another thing I’ve learned is that I cannot out give my God. It's just not possible. An hour after our coffeehouse transaction, I received a call from my school. To set a short yet important backdrop for you, my prayer from the moment the Lord called me to school was that He would allow me to graduate debt free. I had at this point received scholarship and grant money that covered around 80% of my school fees. As thrilled as I was, it was still slightly disappointing to receive only a partial answer to my prayer. Oh, I of such little faith.

The phone call I received was to let me know that I had received an additional scholarship from excess departmental funds. I am now 100% loan free, funded for my first year of college. Only my God is this good. Only He is this faithful. His word has been proven true! Be blessed and encouraged that He doesn’t call us to obey and leave us to struggle along the way. He provides all things according to His purpose and He blesses those who are obedient. It’s worth it every time!"
Posted by Holly Tumpkin at 8:40 AM